“As a black and pan-identefiying artists I recognize the necessity of a radical shift in the entertainment industry. In my career I have worked with some of the industries biggest names and have recognized the disconnect and misrepresentation of my black body because it was looked upon and directed by mostly entirely Caucasian creative teams. I have been in many casting rooms in which there was not a single person of color in the entire casting company. I have worked on black works that were directed and produced by white creative teams. I have been submitted for hundreds upon hundreds of roles by varying agents and casting directors that typically read ‘Thug #1,’ ‘Rap Group Member 3,’ ‘Gansta,’ ‘Prisoner,’ ‘Slave Man,’ ‘Slave Boy,’ ‘Slave…’ (you get the point) all because of the white washed view of type that is based on a lack of understanding of the diversity in black, brown and queer people. I have been told that it’s because of my locs, I have been told it’s because of my complexion, my body, my demeanor. I have been told many things that serve only to perpetuate the feeling of not belonging.

The need for more representation is crucial. The need to be seen, and truly SEEN, as a human with versatility and range, with complexity and beauty is crucial. BIPOC and LGBTQ+ entertainment professionals often feel used and unheard. They feel the weight of their tokenism, which in turn, often does not facilitate in a product that inspires and empowers.

So, my mission is to fill the room with BIPOC/LGBTQ+ artists on both sides of the table and to flood the industry with great works that are inspired and empowering to all audiences, especially marginalized groups and communities. I want there to be a day when every marginalized person can turn on the tv, go to a movie or the theater and see a true representation of themselves. This will only happen when there is a space for all of these people to tell their stories and to be seen and heard for their individual and compelling beauty and truth.” - Founder, Erin Lamar

Erin Lamar is a Brooklyn based actor, director, photographer and filmmaker. His professional training started in his hometown, St. Petersburg, FL, when he attended the prestigious Pinellas County Center for the Arts. After High School, Lamar attended The University of the Arts in Philadelphia, where he was not only granted a scholarship for Actors Excellence but also focused on training in many areas of the arts outside of his intense training in Theater (Musical Theater/Acting), included but not limited to: Filmmaking, photography, directing, writing, psychology and literature. Graduate of the class of ’13, Lamar worked as a professional actor, University professor and adjunct (Dance and Acting at UPenn, Drexel, UArts and Temple U), freelance photographer and regional theatrical director immediately after completion of his Bachelor’s degree. He then went on to move to NYC in 2014 where he currently resides. Since moving to NYC, Lamar has worked both domestically and internationally; covering almost all 50 states and over 20 different countries. Travel, craft and the need to collaborate has carried Lamar through his diverse career and continuously allows him to seek out challenges that excite him.

“No matter the art form, no matter the location, no matter… I will always strive to bring the most invigorating and honest truth to the craft. I believe in safe spaces, I believe in leading with encouragement and with positivity and I believe representation matters.”- Erin Lamar 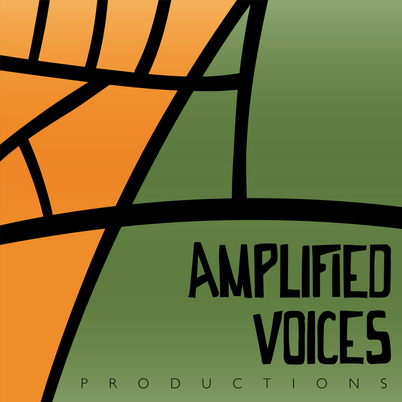